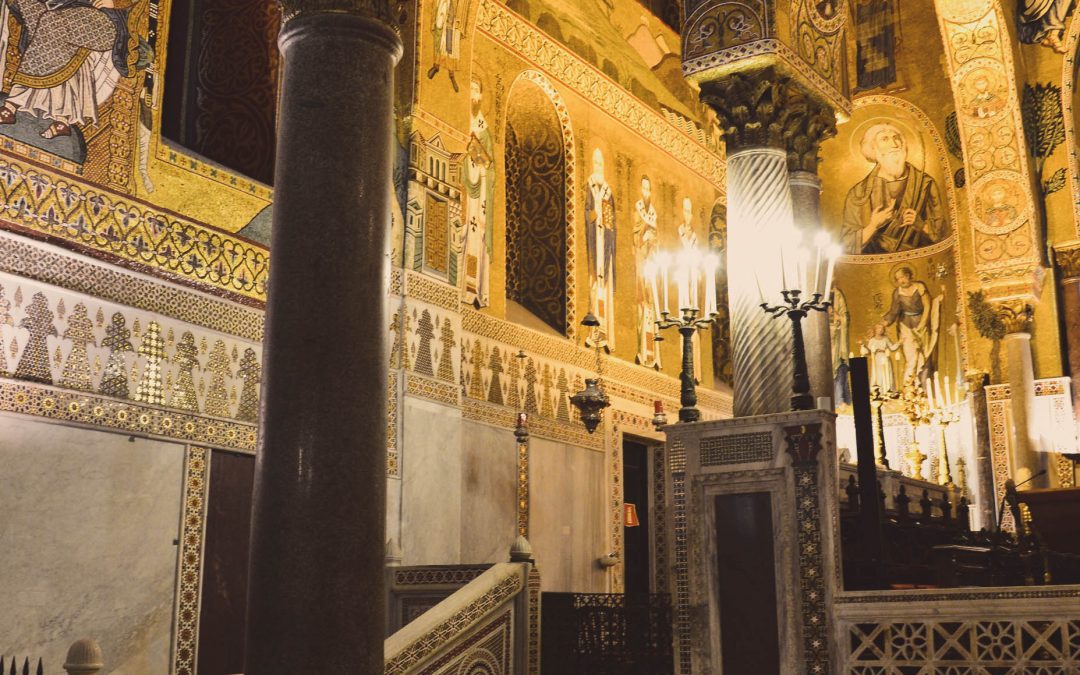 Many peoples have conquered Sicily over the centuries and have founded more or less fortunate kingdoms. But in collective memory, if one thinks of a moment of great splendor one cannot help thinking of the Norman period. That kingdom of Sicily founded in 1072 by adventurers from Northern Europe determined to lay down law in the Mediterranean.

At that time Palermo was a rich and populous city. The Arabs, in about 250 years, had transformed it into the most important city on the island. Before then, in fact, for centuries Syracuse had had that record.

But the Arabs over the years had shifted their interest and built strong walls on which many doors opened. Inside the walls were the old city, the Cassaro (or Madina), and the new city, Halisa, the shining one (today Kalsa).

The long siege of Palermo

In 1072 the Norman count Ruggero was already in Catania when his brother Roberto il Guiscardo (the astute) and his army arrived in Sicily. At first, it seemed that Roberto wanted to go to Malta, but suddenly he changed direction and together with his brother he moved all his military forces towards Palermo. Thus, infantrymen, knights and the Norman fleet found themselves in front of the city. The feat proved difficult because the Normans had never besieged such a populous city with such powerful walls.

Initially there were only brief clashes between armies, then a long siege lasting five months began. The Normans attacked the gates and forced the Arabs to attempt an attack outside the city, but were pushed back inside. Then a fleet from Africa also came to the rescue, but once again the Normans managed to get the better of it.

The conquest of Palermo

In addition, they conquered the port and massacred the Arabs who once again attempted a desperate attempt to drive them out. But it was too late now. The Normans built numerous stairs and war machines and besieged the walls at two opposite points. The Arabs tried to defend the point they considered weaker, but in the meantime the Guiscardo managed to climb over the walls and penetrate the city with the army. Thus began the Norman Kingdom of Sicily.

This site uses Akismet to reduce spam. Learn how your comment data is processed.