The map of Palermo 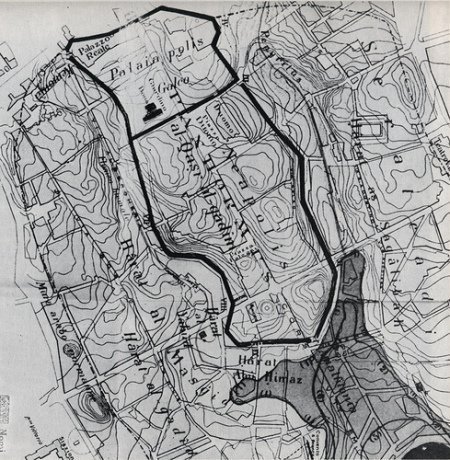 The first thing you have to do when you visit Palermo is: take a map of the city in your hand!

Yeah, that’s right, you can’t do without it; of course, it’s an indispensable gesture. Let do it without hesitation if you want to find answers to the many questions. That will flood your mind watching the chaos of the city in amazement. In the other words, Palermo is like a labyrinth: narrow and winding streets, going up and down, alternate with other wide and straight streets. They all intersect and draw the branched tree of the Palermo landscape. So, You have to learn its hierarchy and direction if you don’t want to get lost. Thus, the risk is to find yourself repeatedly turning in circles on the same spot. IHowever, it is simpler than you can imagine to find your way around this urban pout pourri. Indeed, The same chaos, as much damn some as it amuses others (I am among them). So, if you don’t want to get lost, it is necessary to orient yourself following the main courses. I mean the course of the three great streets that intersect (Corso Vittorio Emanuele II, Via Maqueda and Via Roma).

Thus, Of these streets, only the first one originated with Palermo. In fact, the Cassaro (this is how the street is called) is its backbone. That road, with its straight course from the sea to the mountains, marks an original order. An order lost and never returned to Palermo, not even after the gutting caused by the other two arteries. While, Via Maqueda and Via Roma have ignored the reliefs and ancient buildings. They created the famous cross-shaped axis that divides Palermo in its 4 mandamenti. This place is protected by Saints, Kings and Olympic divinities at the Four Corners. Then, once you understand this, it is enough to head towards one of these main roads to find “the right way”.

Searching today for the origins and traces of such chaos is not easy. A thousand changes have dismantled and modified the nature of the place and the previous buildings. Only attentive eyes can catch a myriad of fragile clues scattered around, sometimes camouflaged and incorporated in houses. Other times abandoned to time. But there are, and there are many.

When you are faced with steep steps leading up to a church in the centre, always stop walking. Then, ask yourself why such a bold choice. Indeed, every time you notice something stratified in the urban fabric, but apparently out of tune with the whole, you linger there. Moreover, the same is true if you see stretches of collapsed walls or strange curves in the fabric of the city. All these elements tell us a story made of changes and afterthoughts. A long dusty sedimentation, made up of infighting between the powerful, wealth and poverty. A mix of opulence and fear of the enemy at the gates. The history of Palermo is on your map.

The founders, were Phoenicians. They had occupied the west coast of the island, certainly sensed the enviable position of that place for their trade. A wide inlet penetrated the gulf, where the water of two rivers ended up in the sea. There, procedes leaving slowly but surely debris that accumulated and shaped today’s cove. It is not easy to understand the shape of that small hill. It is made of biocalcarenite (the yellowish stone that many mistakenly confuse with tuff) Even if some archaeological excavations reveal its original appearance. The two rivers, the kemonia (wadi al-satawi, Flumen hiemale, Fiume del Maltempo) and the Papireto, instead cut this rocky bank. There, waters of inconstant rhythm, dictated by the rains that fell on the city.

Thus, today the urban rivers apparently disappeared. Here, as in many other cities, land reclamation has ended up burying the river bed. In fatct, they have turned rivers into streets that are clearly recognizable on the map. Clear anomalies highlight two side corridors that separate the inner and outer districts. In some stretches, more or less large fragments of ancient walls are still visible. However, few traces remain of the numerous medieval gates. And, if you found them, let follow the course of the rivers and the ancient nucleus of the qasr’ (Cassaro, fortified citadel) of Arabic memory, in turn a reflection of more ancient settlements. At the mouth, finally, there was The Gate of the sea (Bab al bahar) which today we know only from written sources. Indeed, from what we know it was located near a tower that was later transformed into a dwelling.

This site uses Akismet to reduce spam. Learn how your comment data is processed.